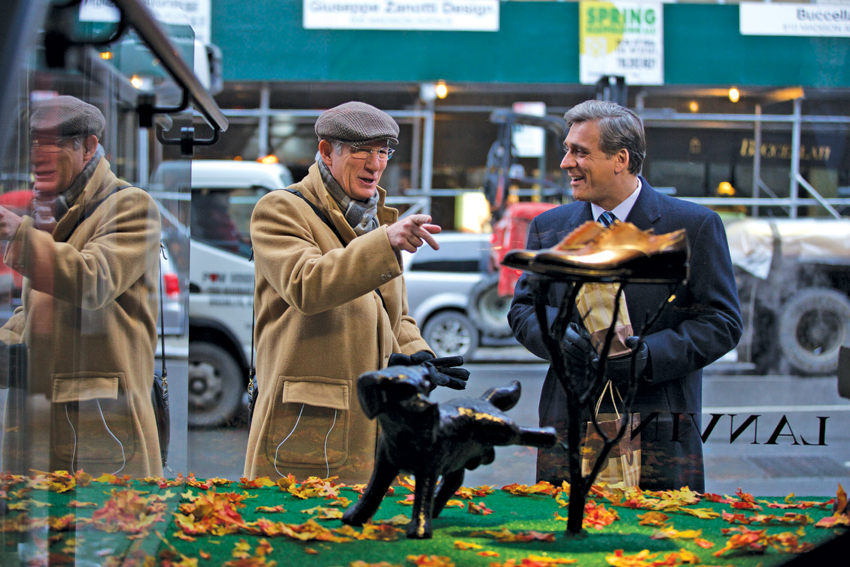 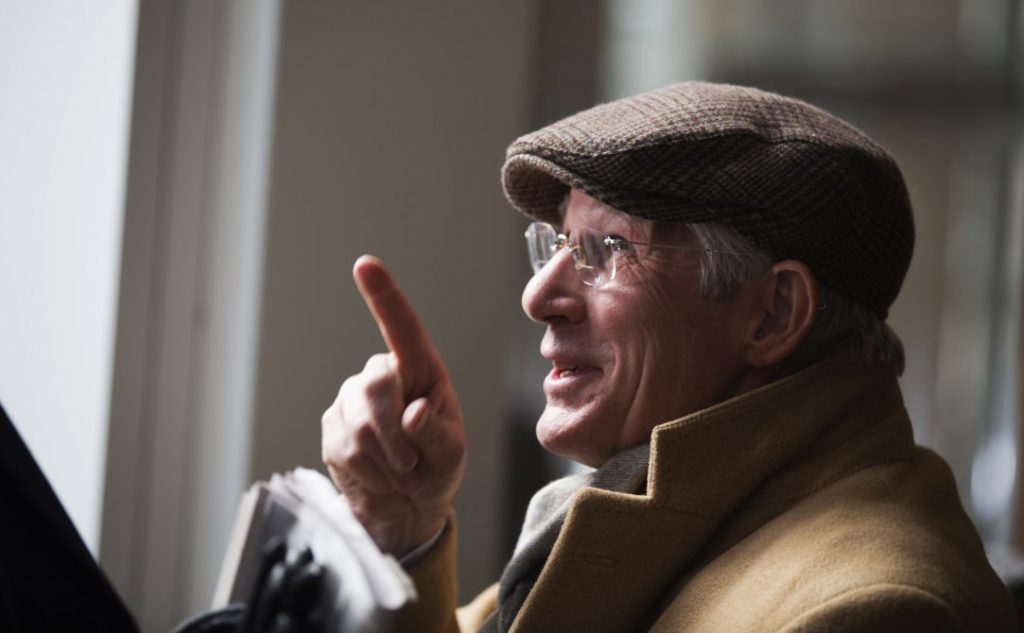 American Movie Star Richard Gere will attend the international movie premiere of acclaimed Israeli Director Joseph Cedar’s new film, “Norman:The Moderate Rise and Tragic Fall of a New York Fixer”, on Wednesday, March 8, 2017 in Jerusalem. Gere and Cedar will be on the red carpet along with Israeli film stars. The star cast includes, Gere, Lior Ashkenazi, Steve Buscemi, Michael Sheen, Dan Stevens, Josh Charles, Neta Riskin, Doval’e Glickman, Tali Sharon, Yehuda Almagor and more Israeli stars. Gere will visit Israel for a few days, touring Jerusalem, as well as taking part in the premiere and a unique lecture for Jerusalem film students. The production of the film was made in cooperation with the Jerusalem Film and Television Fund at The Jerusalem Development Authority  and the Ministry of Jerusalem and Heritage, as part of the initiative to provide a budget for international productions in the city of Jerusalem.

One of the most respected stars in Hollywood, Philanthropist and Golden Globe award winning actor and producer Richard Gere is known for such films as, “Pretty Woman,” “An Officer and Gentlemen,” “Days of Heaven,” “American Gigolo,” “Breathless,” “First Knight,” “Primal Fear,” “Chicago,” “Unfaithful,” “Looking for Mr. Goodbar,” “Shall We Dance,” and many more. His most recent projects include such art house films as, “Time Out of Mind,” “The Second Best Hotel Exotic Marigold Hotel,” directed by John Madden. He costarred with Susan Sarandon in the film, “Arbitrage,” directed by Nicholas Jarecki, receiving his second Golden Globe award for best actor.

In 2009 he produced and starred in, Lasse Hallstrom’s film “Hachi: A Dog’s Tale,” based on the true story of love and devotion between dog and a man. That same year he starred in “Brooklyn’s Finest,” with Don Cheadle and Ethan Hawke. In 2007 he starred in Lasse Hollstrom’s film, “The Hoax,” in which he won critical acclaim for his performance. Also in 2007 Gere starred in “I’m not There,” taking on the life of Bob Dylan’s musical work. The star cast included Cate Blanchett, Christian Bale and Heath Ledger. In 2003 Gere won the Gold Globe for best actor for his role in “Chicago.”

Gere has also been the recipient of several prizes for his humanitarian work, in his commitment to human rights, civil rights, health and equality around the world. In addition for the past two decades he has led the campaign for Tibet.

“Norman,” stars Richard Gere as Norman, a seasoned, “macher”: a man who knows the right people and gets things done. Like a gambler or a thief, Norman’s position is more vocation than profession, a confidence game requiring luck and a kind of societal sleight of hand.

When an Israeli dignitary, Eshel (Lior Ashkenazi), visits New York, Norman decides to make an impression by buying him some extremely expensive shoes. A gold-star connection is made, but three years later Eshel winds up becoming Israel’s prime minister and is suddenly hugely inaccessible. Norman’s circle begins asking him to write cheques he can no longer cash — and the fallout could destroy the reputation Norman has spent his life building.

“Norman” is an Israeli-American coproduction. The film was developed and produced by Tadmor Company and businessman Gideon Tadmor, Eyal Ramon, Oren Huberman, David Mandil, Miranda Bailey and Lawrence Ingle. The film will be distributed by the “United King Films” – Moshe Edery, Leon Edery.

The film was made with the support of the Jerusalem Film and Television Fund at The Jerusalem Development Authority, Ministry of Jerusalem and Heritage, Rabinovich Foundation for the Arts, the National Lottery and Keshet.