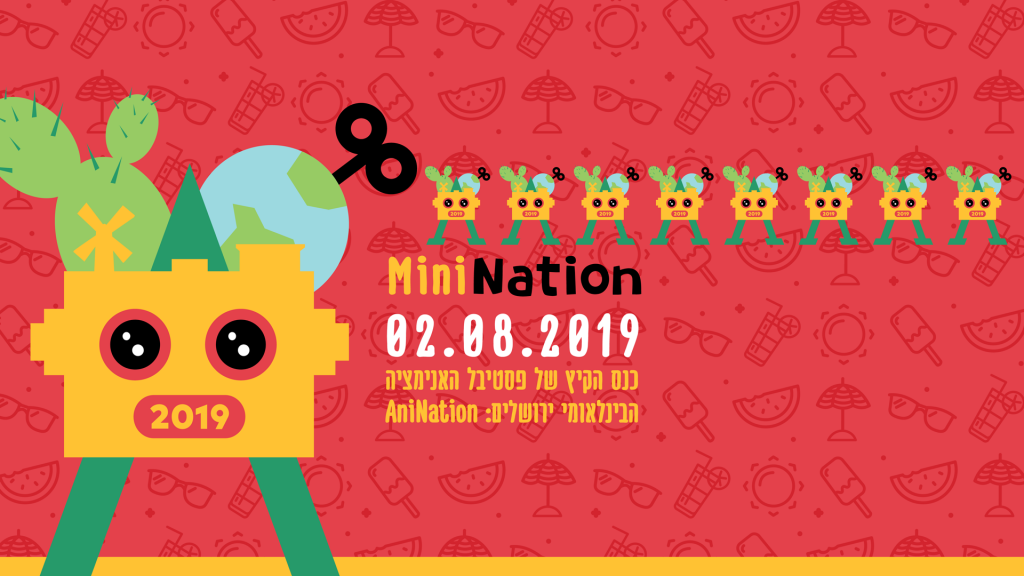 THE JERUSALEM FILM FUND OF THE JERUSALEM DEVELOPMENT AUTHORITY PRESENTS: MININATION – SUMMER EDITION!
The summer edition of AniNation Festival and The Jerusalem Film Fund’s professional
conference, as part of the “Hop, Skip & a Jump” 2019. The conference will host leading local
and international mentors from Josh Fisher – Senior Manager, Preschool Kids & Family at Netflix, Mary Harrington – executive producer at Nickelodeon and Ari Folman- an Israeli film director of the animated documentary film Waltz with Bashir and these days in production of afilm based on the life of Anne Frank.
Join us and hear from the world’s leading creators and executives. Enjoy this one-time opportunity to personally talk to them and get crucial tips.

10:00-10:45 Niv Majar – Creator, Director, Actor, Editor and (also) Animator
Animation without Animation:
Niv Majar talks about making guerrilla-comedy webseries, the evolution to Israeli network television and what animation has got to do with it all.

13:15- 14:00 Ari Folman – director, screenwriter
Anna Frank – from impossible icon to commercial cinema:
The journey from total rejection, through seven years of trying to create an exciting new cinematic event. A first look behind the scenes from the director’s perspective of animated film, ”Anne Frank”. Connecting the original story to today, while creating 129 thousand paintings in 5 different countries..

Limited seats!
The events will be held in English